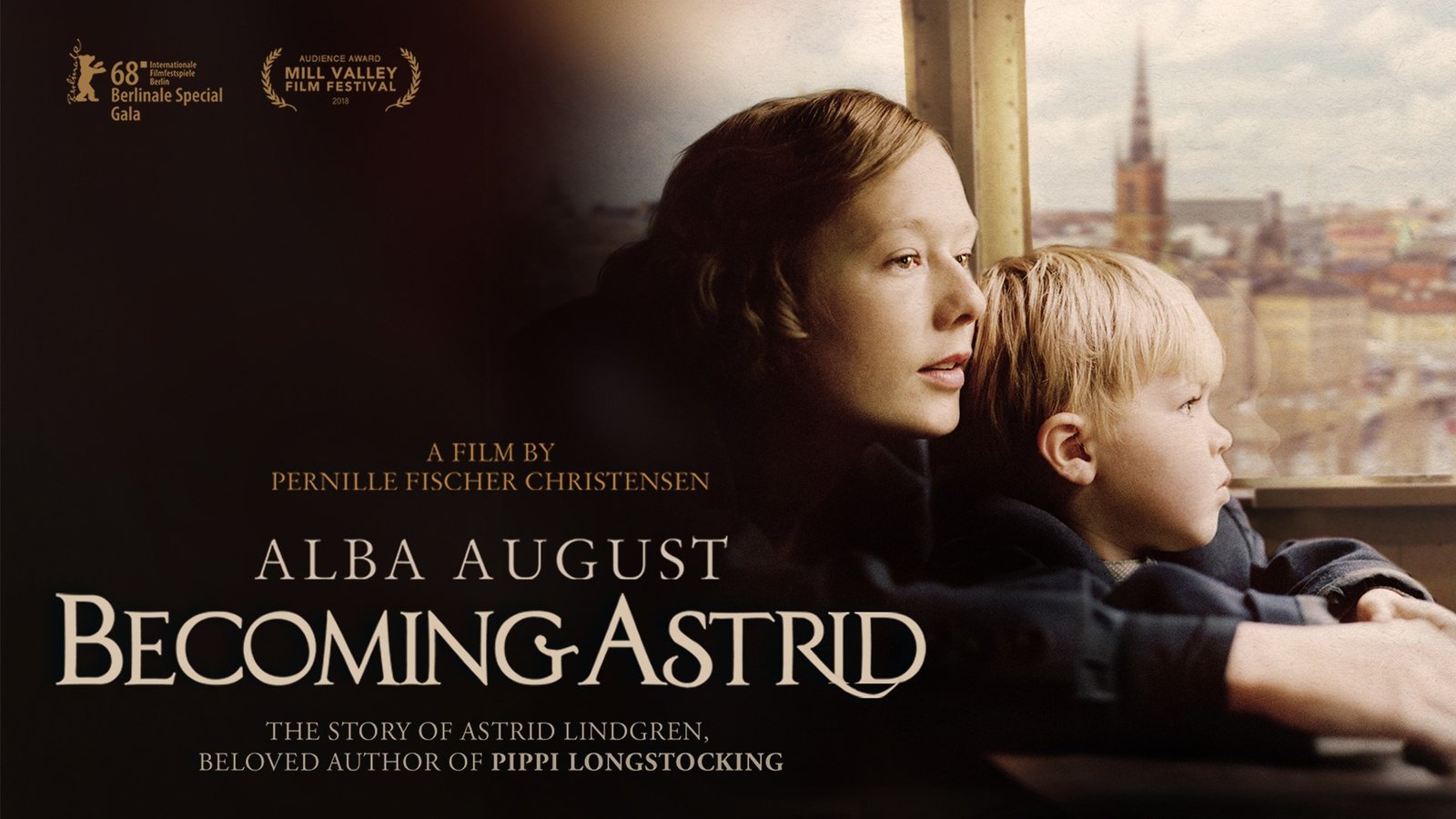 I want to share a gem of a film,Becoming Astrid, that I found on Kanopy, a video streaming platform available to you through the library.

The subject of Becoming Astrid is Astrid Lindgren, the beloved Swedish author of the Pippi Longstocking book series for children. Growing up during the 1960’s, my elementary school teacher read our class daily chapters of Pippi Longstocking’s many adventures. I remember that Pippi liked to do things her own way and didn’t care a bit about what adults told her. She slept with her feet on her pillow and her head under the covers. I have never forgotten that red-haired, pigtailed tomboy brought to life by Astrid Lindgreen.

The film presents a lightly fictionalized account of Astrid as a strong willed, spirited teenager, growing up in Sweden in a very conservative, religious family. Feeling constrained, she seeks escape, using her skills as a writer to get a job at the local newspaper. Astrid becomes romantically involved with the much older editor who is depressed because of the unraveling of his marriage and seeks comfort and companionship with Astrid. When she finds herself pregnant, Astrid moves to Denmark to have her baby. There she lives with Marie, a foster mother, who helps her through her pregnancy and continues to take care of Astrid’s son while Astrid struggles with deciding between an unwise marriage or giving up her baby; since single motherhood is not accepted by her family or church.

Astrid’s struggles during her teenage years become a strong influence on her as an author. Later, when Marie, the foster mother, becomes ill and can no longer care for Lasse, Astrid must face her fears about being able to be a mother to Lasse, who has been raised by Marie for over two years by this time. Astrid, out of desperation, makes up fanciful delightful stories about children to reconnect with a son that hardly knows her.

Juxtaposed with the story of Astrid’s life in the film, is a recurring scene of her as an older woman, opening letters from her young fans, in her study. Children’s voices can be heard saying, “the characters in your books never give up, but keep fighting.” “I can tell you like us. You understand us, you’re on the children’s side.”

I hope that watching Becoming Astrid, makes you curious enough about the author to want to share Astrid Lindgren’s stories of Pippi Longstocking with your family!
Watch the film here: Becoming Astrid